Going to sea with the right gears

A story of fast turnaround of gears and gear cutting success. Earlier in the summer, the Matthew, a 15th century full sized replica sailing ship that was built in 1997 to commemorate its namesakes historic Atlantic crossing 500 years earlier was returning from a marine festival in France when it developed a major mechanical problem off the treacherous coast of Dorset. The ship’s raw water engine cooling pump gearbox had failed beyond use with its main gears stripped and requiring replacement. Without engine power and in threatening sea conditions, the square rigged Matthew, skippered by Ben Jones and his eighteen strong crew, had no choice but to set full sail for the Port of Poole where they hoped to find a safe haven and undertake the repair work.

With favourable winds from the south they skilfully sailed east along the English Channel through Poole Harbour into the port. However, when Ben Jones tied up the 64ft Matthew in Poole Quay, the success of this small but significant adventure turned to dismay when he realised that at least nine very welcoming hostelries were within yards of the ship. As the skippers’ responsibility towards the all-volunteer crew includes food, shelter and ‘beverages’ on a pretty tight budget, and fearing that the local pubs represented a Siren’s call, he knew his quest was now to ensure that gearbox repairs needed to be completed extremely quickly………..

…………fortunately, the rest of this story was without major incident as he quickly found a solution with Poole based Transmission Development Ltd (TransDev) using its Prototype Express fast turnaround gear cutting service.

Within minutes of setting foot on dry land, Ben Jones was bound for the transmission specialists ISO 9002 accredited manufacturing facility. Welcomed by TransDev’s Brain Levell, the failed gear parts were soon identified as specials that unfortunately could not be replaced from their £¼ million stock of gears and pulleys. However, using TransDev’s in-house gear inspection equipment, the offending part was measured and a CAD drawing produced – and the new parts manufactured within 24 hours. 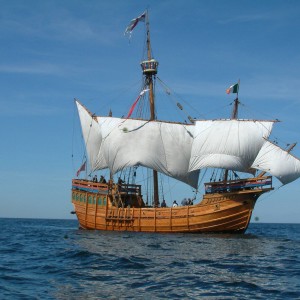 Earlier in the summer, the Matthew, a 15th century full sized replica sailing ship that was built in 1997 to commemorate its namesakes historic Atlantic crossing 500 years earlier was returning from a marine festival in France when it developed a major mechanical problem off the treacherous coast of Dorset.

TransDev’s Express Service is available for the rapid delivery of standard parts held in stock or for the fast turnaround of custom made gears and pulleys. The service uses a specialist work cell at TransDev and includes extra manufacturing shifts and overtime if necessary to produce and deliver parts without delay including heat treatment and protective finishing. For the Matthew, the new gear parts were manufactured using TransDev’s gear cutting machinery and re-assembled with shaft and bearings before being returned to the ship. 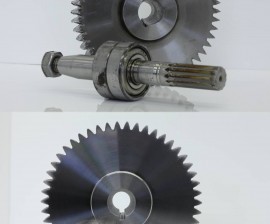 The Matthew sailed with all its equipment ship shape, heading west towards the sunset with skipper and crew safe on board, feeling only a little worse for wear after just two nights on Poole Quay!

Ben Jones said, “On a more serious note, any delay in return to our base at Bristol Docks results in a loss of revenue from film work, corporate entertainment and river trips which ultimately funds the important task of maintaining the Matthew for educational and hands-on activities – which is very much done on a volunteer basis. So, with that in mind we were delighted that TransDev’s fast turnaround Prototype Express service was able to come to our assistance.”

TransDev manufactures special gears and pulleys in all materials including plastics in diameters from 3 mm to 1 metre and face widths to 800 mm. For full details of the Matthew visit http://www.matthew.co.uk